In February 1996, the first Magic: The Gathering Professional Tournament (Pro Tour) took place. The decks of the top eight players were printed with gold borders and an alternate back. The cardstock is thicker than in standard backed cards and the corners are weird cut. Subsequently, decks of top world championship participators were released annually until 2004. 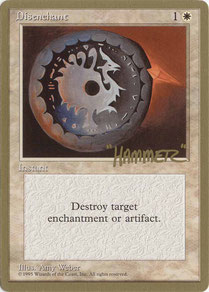 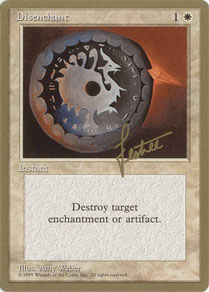 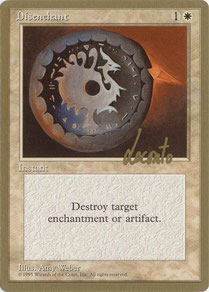 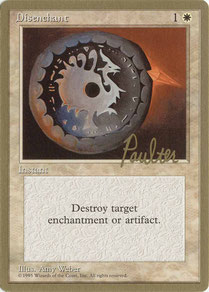 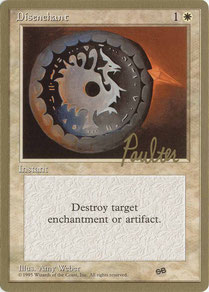 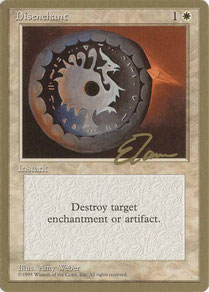 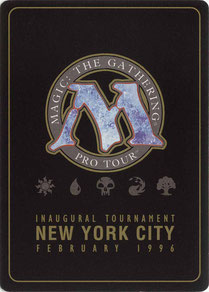