Limited Edition Alpha is the retroactivly given name for the first print run of the first Magic: The Gathering card set. It premiered in a limited release at Origins game fair in July 1993, with a general release that August. Limited Edition cards have no expansion symbol and no copyright date.

All Limited Edition cards feature an outer and an inner black border. The latter is pixelish for being composed of CMYK inks (cyan, magenta, yellow, key=black). The card images on the original film for etching the printing plates had only a small border of that mixed black around them, leaving white spaces inbetween. On this film, tape was applied manually to create the outer borders, which are pure black.

The name Beta refers to the second print run of the Magic: The Gathering Limited Edition. Two cards let away in Alpha were added, as well as an additional artwork for each of the five basic lands. Different corner rounding dies were used accidentally, it became the standard. Some cards were redesigned due to errors; these are darker and the inner black border is harder to see. 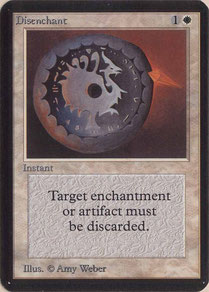 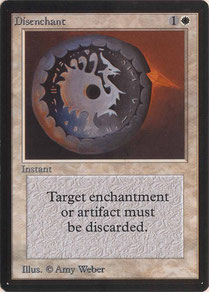