Shards of Alara was released on October 3, 2008, and contained 249 cards. It was the last set sold in 75-card tournament decks and the first in which the theme decks were renamed to intro packs. Naturalize was included in one. The cards are printed on a finer, less glossy card stock but otherwise don’t differ significantly, except the English version. There are also 15-card booster packs which only contain foil cards from Shards of Alara, Conflux and Alara Reborn. 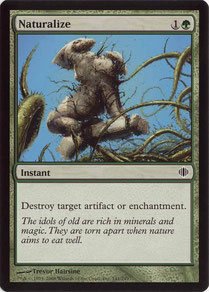 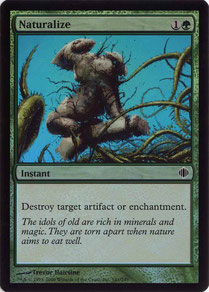 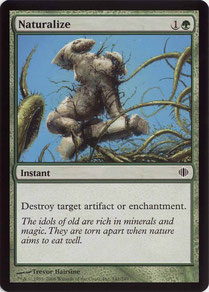 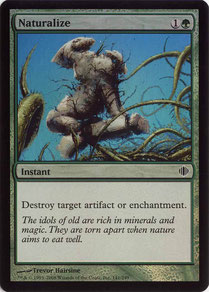 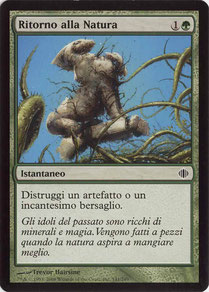 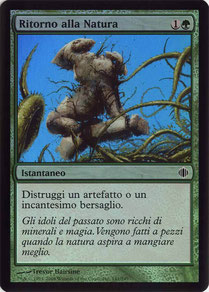 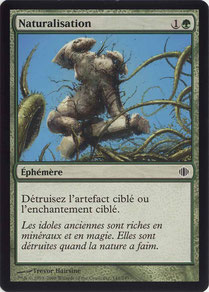 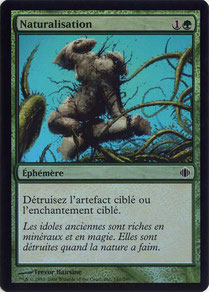 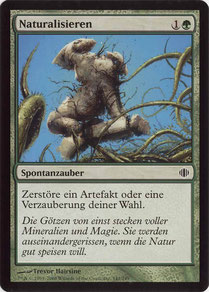 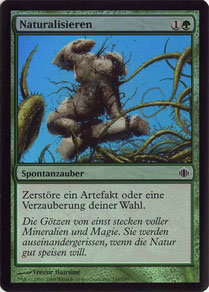 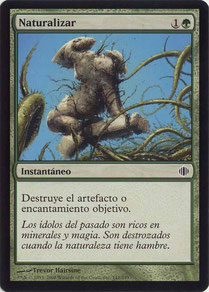 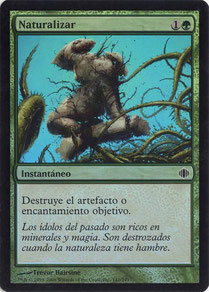 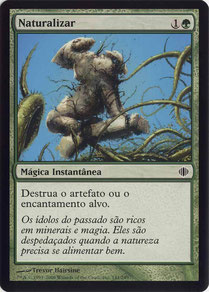 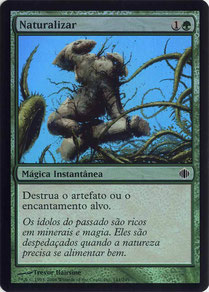 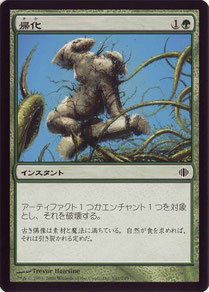 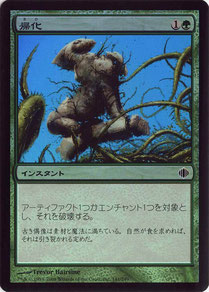 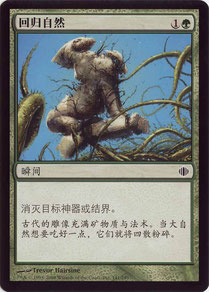 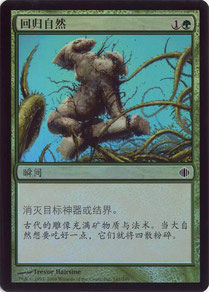 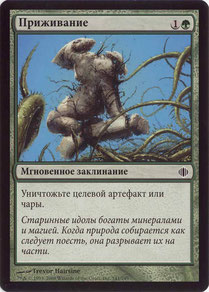 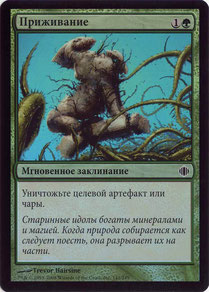