With M15, a new layout was introduced: Boxes for art, text, type, and power/thoughness were extended and the font of the Latin and Japanese alphabet changed. The colored frame was also enlarged except on the bottom, where it was removed entirely. The space gained through that was used for new info: Rarity, language and set are mentioned in addition to the illustrator’s name, copyright clause and collectors’ number. That means another unification of the design; the 8th Edition layout required the bottom text of black cards to be white in contrast to the other colors. However, the new layout marks foils with a star instead of a middle dot between the set and the language code, whereas the previous one didn’t show any difference. 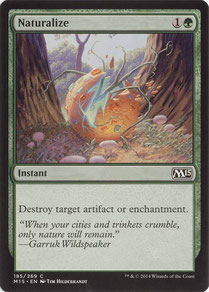 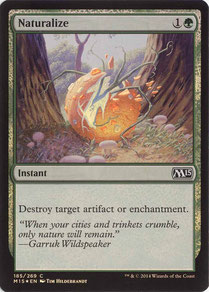 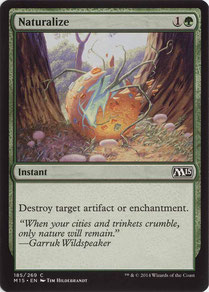 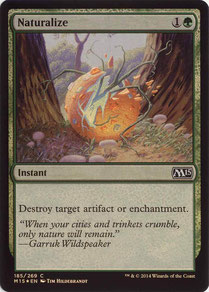 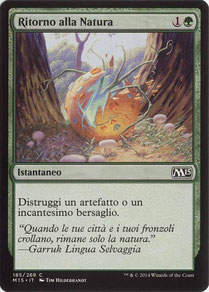 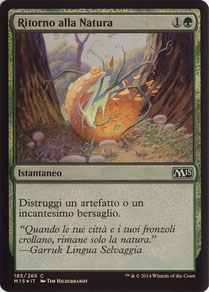 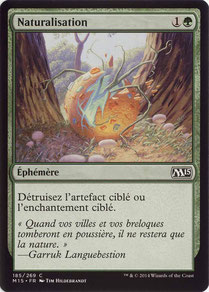 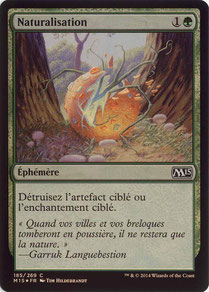 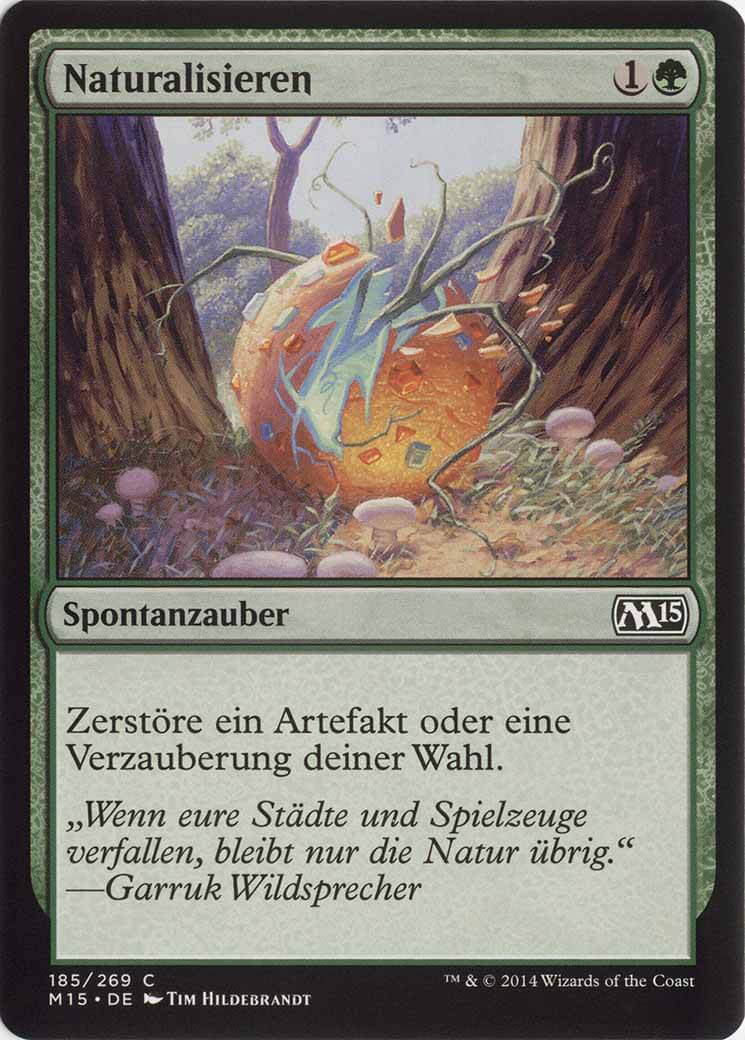 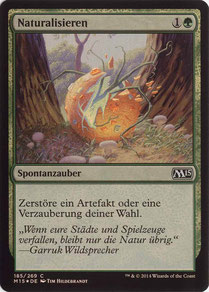 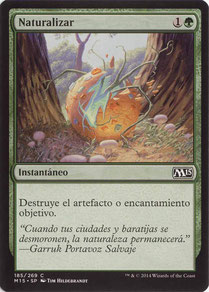 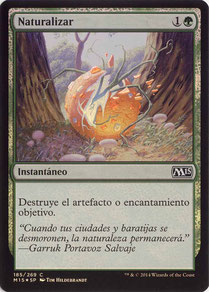 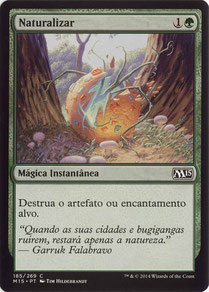 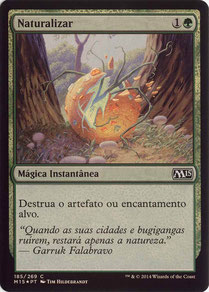 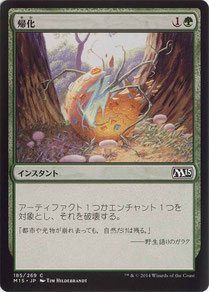 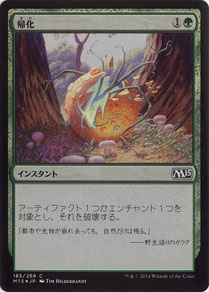 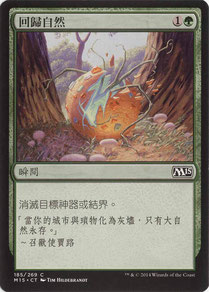 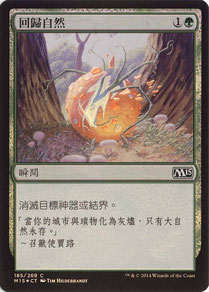 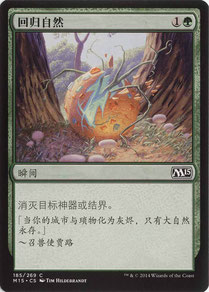 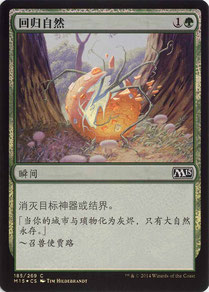 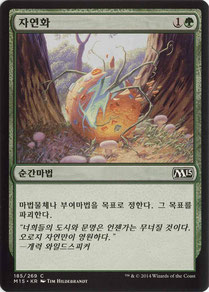 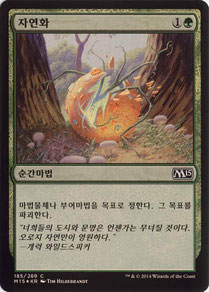 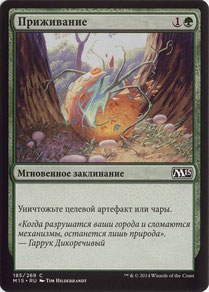 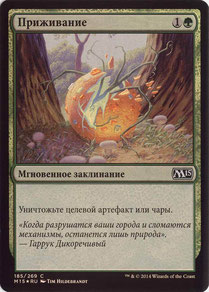