In 1994, the first foreign Magic: The Gathering cards were released. Foreign Limited (also: Foreign Black-Bordered, Foreign Revised; original: it. Edizione Italiana, fr. Edition limitée, de. Limitierte Auflage) contained the same cards as Revised Edition, but black bordered and with another layout: The copyright line in Italian cards was reduced and now attributed to Wizards of the Coast (since Fallen Empires). Starting with French Limited, the copyright line has had the classical size.

German Limited was the last version of Foreign Limited. In the first instance, the translation was assigned to Documents International, Inc., a United States company (as well as French; Italian was translated by the Italian publisher Stratelibri). It appears to be done by an American with German ancestors in the 19th century. Compared to today's Standard German, the style is antiquated and many translation errors had to be corrected in the last second. Disenchant shows a remaining one that was overlooked: “Target enchantment or target artifact are annihilated.” 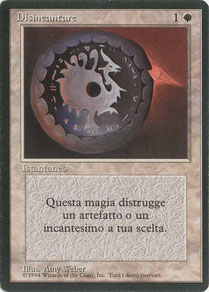 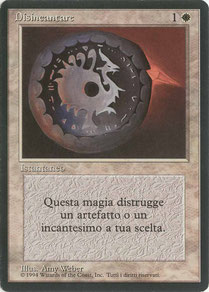 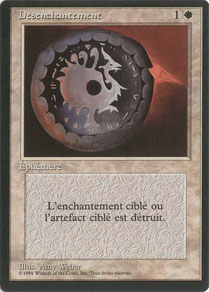 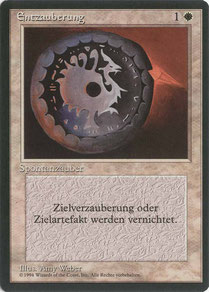